Gene Delivery on A Chip

Gene Delivery on A Chip

The first step in most genetic studies is to transport genetic material into cells (transfection), which is not easy. Cells can actively absorb external substances through endocytosis. In this process, the genetic material is carried by the vesicle, and the cell will not recognize it as a predator and engulf the vesicle to engulf the genetic material, such as cationic lipid transfection. Cells can also be forced to absorb foreign substances. External forces such as voltage (electroporation), ultrasound (sound waves), and magnetism (magnetic transfection) can make cell membranes permeable.

Microfluidic technology can achieve efficient and high-yield gene delivery. In a microfluidic chip, a larger surface area to volume ratio increases the chance of interaction between genetic material and target cells, which can greatly increase the transfection rate. 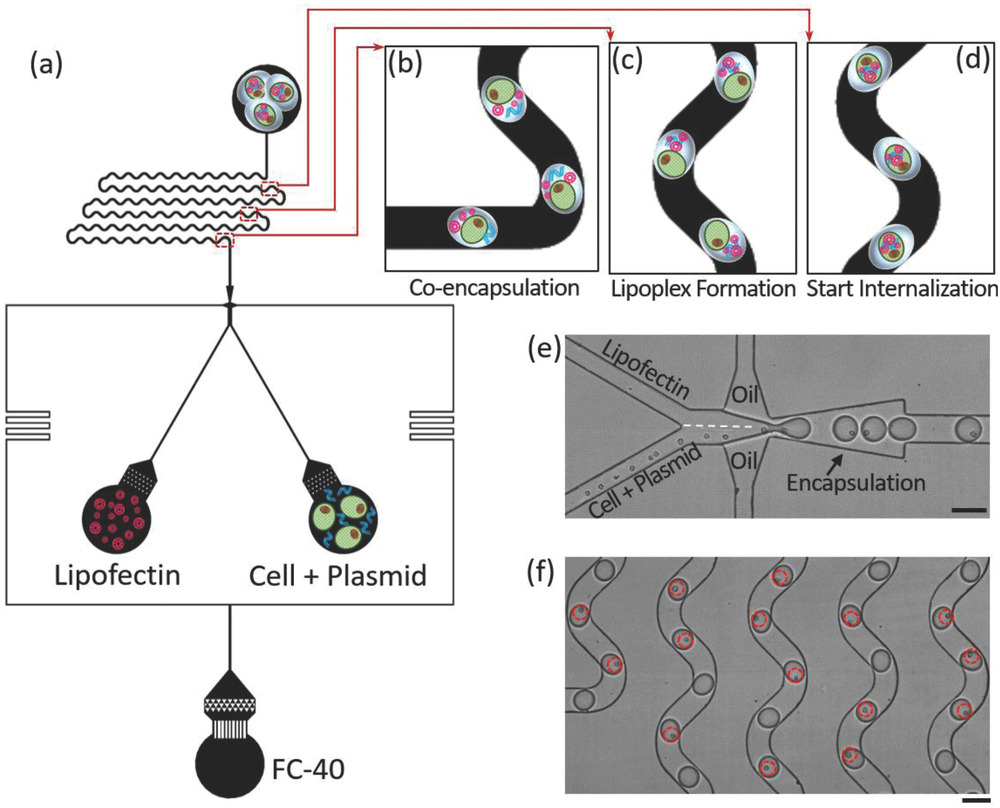 Microfluidic lipofection technology can significantly increase the transfection rate. The most commonly used lipofection method for microfluidic chips is droplet microfluidics, which is used for efficient and consistent liposome-mediated plasmid delivery. Generally, the droplets in lipofection are the water in the oil droplets, which requires an oil phase and a water phase. The water phase carries cells, lipids, and genetic material, and eventually shrinks into droplets. The cell+plasmid solution and lipofection solution are introduced into the chip through separate inlets, and then they meet and form a homogeneous aqueous phase, which is burst into droplets by the oil phase.

Increasing the cell concentration can reduce the number of empty droplets, but it can also cause some droplets to have more than one cell. After the droplets are formed, lipids begin to aggregate and attract negatively charged DNA to form liposome carriers. The small droplet volume is more conducive to liposomes being internalized.

Electroporation refers to the process of destroying the cell membrane by using an external electric field, which temporarily makes the cell membrane permeable, thereby introducing chemical and genetic material into the cell or extracting metabolites. The traditional method is to immerse the cells in a chamber and between two parallel electrodes. This process requires high voltage to effectively perform electroporation. However, applying a high voltage may have a negative impact on cell viability and reduce the efficiency of electroporation. 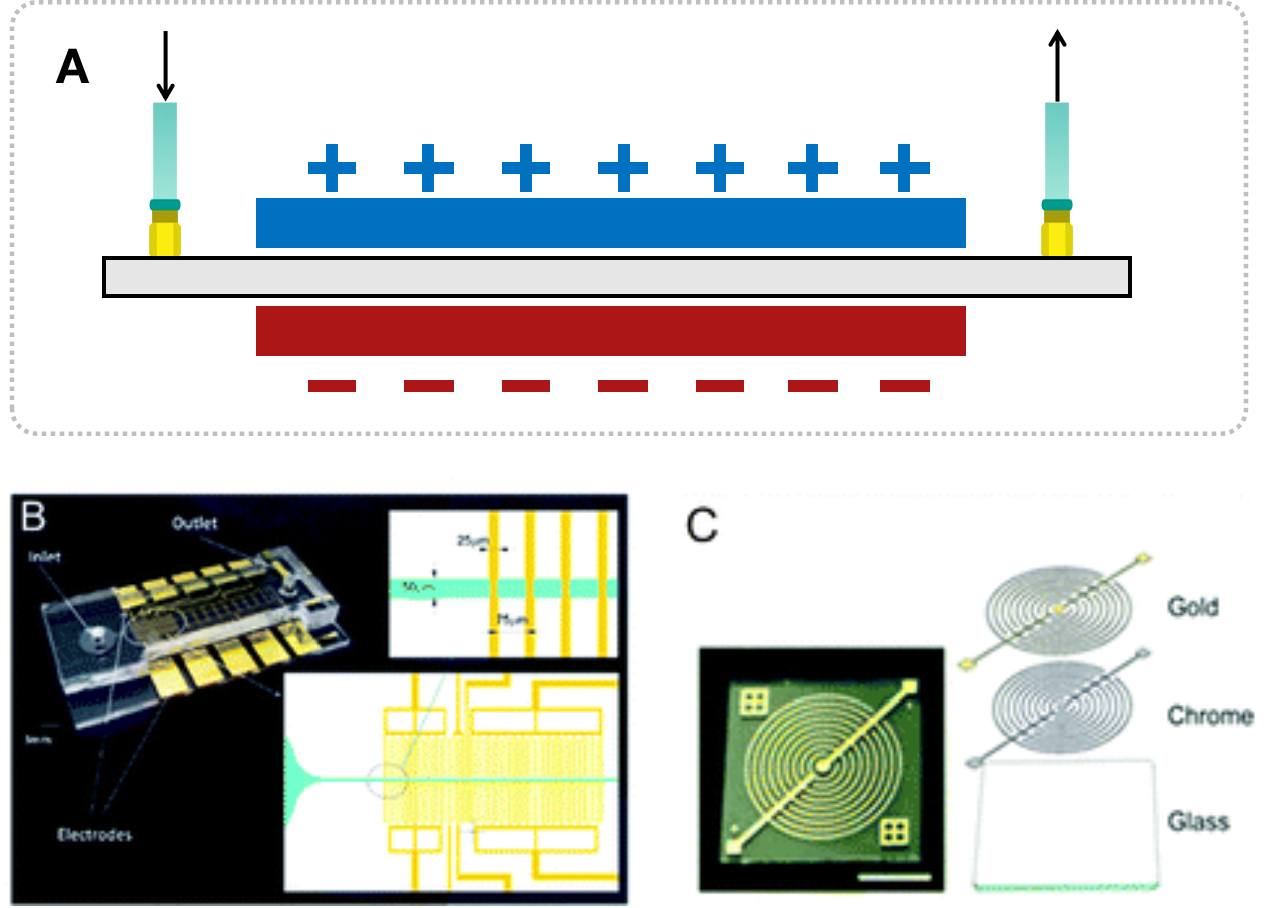 The need for high pressure can be easily solved by using microchannels. The microchip can simply be integrated with electrodes to transfect cells in micrometer-scale channels. The small channel size eliminates the need for high voltage, resulting in higher battery viability. In addition, they are subject to a more uniform electric field, resulting in more uniform film pores.