A lab-on-a-chip is a microfluidic micro-device that can integrate a variety of chemical and biological analysis functions on a single small chip, processing very small liquid volumes (less than a few picoliters). It is sometimes called a micro total analysis system. Its research focuses on several applications, including DNA analysis, human diagnosis, and a smaller range of chemical synthesis.

In order to realize a complete lab-on-a-chip diagnostic system, lab-on-a-chip is not only a collection of microchannels, but also requires integrated pumps, electrodes, valves, and electric fields. In the next few decades, the development of single-chip laboratories will change diagnostic methods.

The History of The Lab-on-A-Chip

Using microfluidic technology and MEMS manufacturing technology, the first real lab-on-a-chip was created at Stanford University in 1979 for gas chromatography. With the development of microfluidics and the application of MEMS technology in the production of polymer chips, major on-chip laboratory research only began in the late 1980s. The ability to easily manufacture polymer microchips has enabled researchers to begin research on lab-on-a-chip technology.

In the 1990s, researchers began to use microfluidic technology to try to miniaturize biochemical operations such as PCR. Early lab-on-a-chip research also focused on cell biology. These advances allow scientists to easily operate at the individual cell level for the first time. After many studies on the miniaturization of genome biochemical operations, eventually, researchers began to integrate all the necessary steps from sample collection to final analysis on the same chip, demonstrating the true potential of lab-on-a-chip technology.

Since the size of the microchannel is the same as that of the cell, the research of the lab-on-a-chip quickly focused on cell biology. It demonstrates the ability to control cells at the single-cell level while processing a large number of cells in a few seconds.

Lab-on-a-chip provides an opportunity for protein analysis, and can integrate all steps into the same chip, including cell extraction, electrophoresis separation, restriction digestion and mass spectrometry analysis. These integrated processes greatly shorten the time for protein analysis to a few minutes. Using the lab-on-a-chip, researchers can simultaneously control all parameters in the fastest way to achieve the crystallization of a given protein.

The ability to perform rapid heating and cooling on the microscale allows for higher efficiency in certain chemical reactions. Many studies have been conducted on the use of lab-on-a-chip as a miniature and highly parallelized miniature chemical reactor. 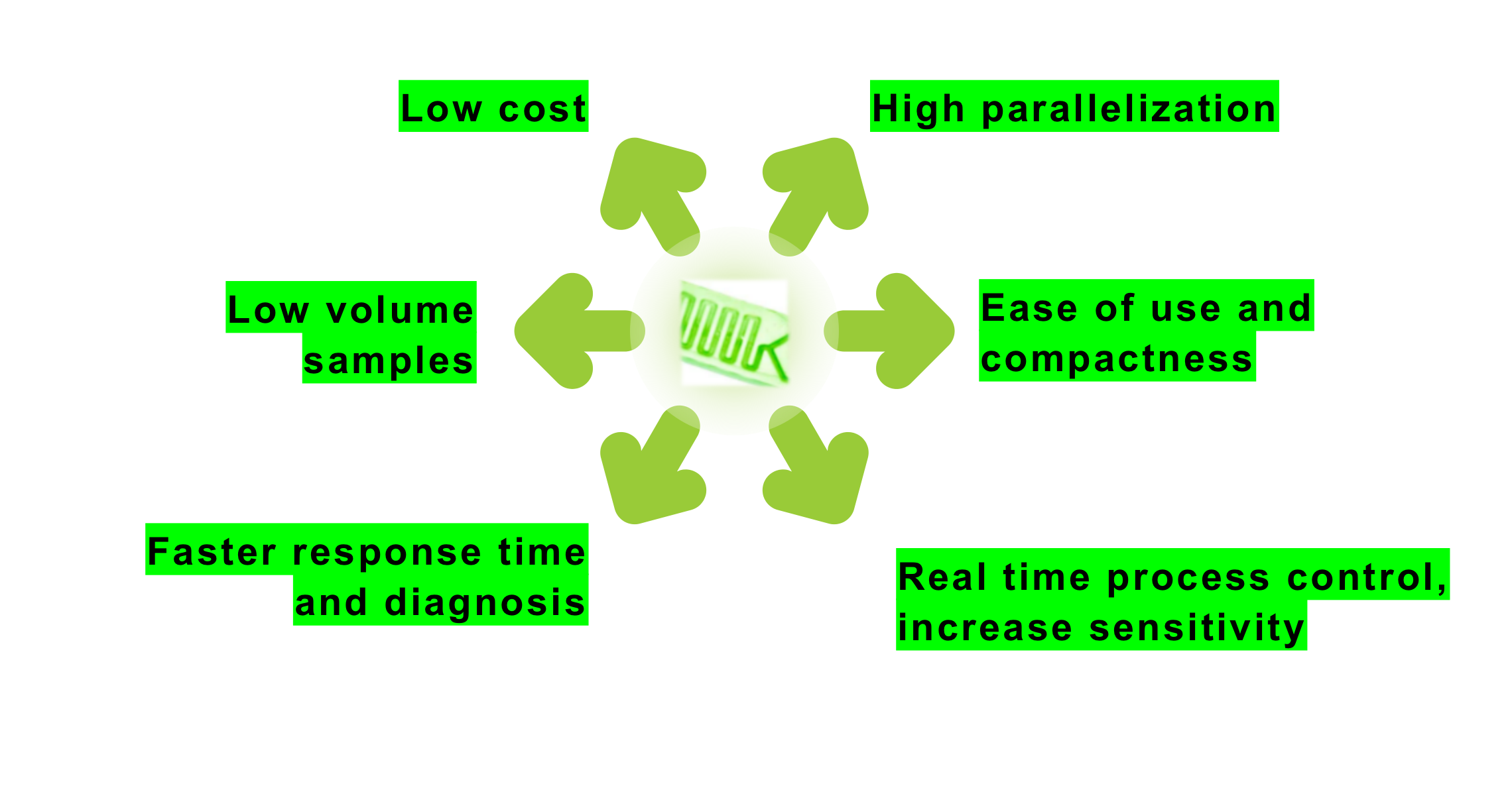 Lab-on-a-chip will change the way we perform diagnosis in the near future. At present, some lab-on-a-chips have been commercialized and used for key applications, such as HIV testing, heart attack diagnosis or glucose monitoring. The challenge for research is to integrate the largest number of individual operations into the same lab-on-a-chip. Currently, the technology is not uniform, and there is no definite proof of which technology/material is the most promising for high-throughput diagnosis. The answer will depend on the technological potential.